The Bhutan Chamber of Commerce and Industry (BCCI) Established under the Royal Command of His Majesty the King in 1980, the Bhutan Chamber of Commerce & Industry (BCCI) is a non-profit organization comprising of members from business community in the country, and is the apex body of the private sector in Bhutan. The General Body of the BCCI is the apex forum that comprises of business representatives from twenty Dzongkhags elected for the term of five years by the respective business members in each Dzongkhags and meets annually with the BCCI for Annual General Meeting (AGM). Under the General Body, the Executive Committee consist of President of BCCI and two Vice Presidents, and Presidents of ten sector associations, while additional five regional Executive Committee members are elected by the General Body members during the AGM once in five years. Below the Executive Committee, the Secretariat is managed by a salaried Secretary General overseeing the day-to-day functioning of the organization.

To pursue mutual cooperation for the development of the private sector, the Bhutan Chamber of Commerce and Industry (BCCI) and the Sector Associations signed a Memorandum of Understanding (MoU) during the 3rd BCCI Committee of Sector Associations (BCSA) meeting held in Thimphu on 11th December 2018.The formal cooperation between the BCCI and BCSA aspires to serve as a platform for mutual cooperation between the parties to discuss and plan coordinated and consolidated representations for the private sector development. The BCSA shall provide concerted efforts through inclusive dialogues, representations, interventions and effective service delivery in line with the overall national objectives and goals for the growth and development of the private sector.

The BCCI Secretary General (Chairman of the BCSA) expressed that this collaborative effort is to strengthen strong networking, exchange of information and cooperation, provide innovative ideas and recommendations, and develop way forward strategies for private sector development. This consolidated effort shall not only benefit the private sector but also put us in a better position to guide the Government.

The Executive Director of Association of Bhutanese Tour Operators (Vice Chairman of the BCSA) said that the revival of the BCSA and the signing of MoU shall build better networking platform to provide consolidated views of the private sector.

The BCSA would also act as an advisory and technical committee to the Chamber Executive Board. 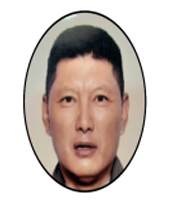 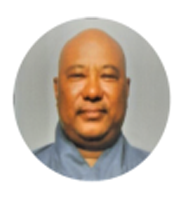